The month of April means one thing in the world of commercial vehicles – the annual CV show at the NEC Birmingham. Traditionally held over three days the event brings together vehicle manufacturers, coachbuilders, component and accessory suppliers, finance and remarketing companies, the trade press, in fact anyone who’s business is connected with the commercial vehicle industry. Although all stand space in the three halls sold out well in advance of the opening day the truck industry on the whole gave this year’s event a miss, seemingly adopting the bi annual policy that they take on exhibiting at the European truck shows. Indeed not one manufacturer was represented, although examples of vehicles were evident on the some of the stands being occupied by bodybuilders and suppliers of other ancillary equipment. As a result this year’s show was dominated by the van industry, and, with some significant launches in the offing, interest was high and footfall across the three days certainly appeared to be healthy, although at the time of writing official visitor numbers were still to be announced by the show organisers.

From a manufacturer’s perspective, there were three notable absences. Speaking to a senior source at Mercedes – Benz (whose stand was traditionally shared between the truck and van facets of the business) with nothing new to show the decision was made to put more resource into their annual ‘Van Experience Live’ event, being held at Milbrook at the end of June. Similarly, Vauxhall, who traditionally have a large stand at the show made the decision not to exhibit, again presumably due to the lack of new product.  Perhaps the biggest surprise was the absence of Nissan. The launch of the new NP300 Navara has been a very high profile one with a budget to match. Perhaps it was decided that all marketing bases had been covered with other activities and that no tangible gain would be made from being present at Birmingham (despite the announcement of the NV300, a replacement for the Primastar and based on the Renault Trafic / Vauxhall Vivaro).

Perhaps the most significant launch at the show was the new Peugeot Expert / Citroen Despatch /Toyota Proace from the PSA group (Fiat, who marketed the previous model as the Scudo are not party to this agreement this time and will be producing their own version of the Renault Trafic, named the Fiat Talento).  Sharing development and manufacturing resource is a necessity these days in the industry and this particular partnership has resulted in a very capable offering in a segment that is often overlooked. From an external perspective with not too dissimilar lines to vans in the sector dominated by Transit Custom it is likely to be a serious prospect to SME’s / fleets who require a 1 tonne payload but not necessarily the volume that these competitors offer.  Three load lengths, up to 1400kg payload and up to five engine options are expected to be available. Toyota’s newly appointed CV manager Gareth Matthews told me that the company had high expectations for the new van and that a newly announced five year 100,000 ‘bumper to bumper’ warranty would further increase customer confidence.  First deliveries to customers are expected in September.

Fiat Professional had on show the new Fullback pickup. Based on the Mitsubishi L200 double cab (other cab derivatives are not being offered) Fiat have successfully stamped their own identity with a distinctive frontal aspect to the vehicle. With a choice of 150 or 180HP engines the Fullback is scheduled for a June UK launch.

In addition to the Proace, Toyota chose the CV show to launch a facelifted HiLux pickup. Toyota’s traditional dominance of this sector has been increasingly under threat with extremely competent offerings from Ford, Nissan, Volkswagen, Mitsubishi and Isuzu. All these have either had recent significant facelifts or refreshes are just around the corner. In addition, new competition in the sector is imminent from Fiat, Renault and, in the not too distant future Mercedes Benz. (albeit these are all essentially rebadged versions of existing models). With a new 2.4 litre engine Toyota are claiming improved torque delivery at low and mid ranges and class leading fuel economy. Longer, wider and with a lower overall height the pick-up also boasts a more rigid chassis. Adopting the latest corporate ‘look’ revised headlights, grille, and bumper make the front appear noticeably different. With modest, evolutionary changes to other aspects of the vehicle interior and exterior Toyota clearly have high hopes that the aspirational status that the HiLux has traditionally enjoyed in this, uniquely emotive sector for commercial vehicles will be sustainable despite some very strong opposition.

Despite having what is traditionally the busiest stand at the show, this year for the first time in a while Ford didn’t have any major launches or ‘reveals’ although a senior member of the product team did confirm the rumours that there are some ‘mid life’ facelifts due in the not too distant future. Fords current marketing efforts are concentrated on the Euro 6 engines being introduced in readiness for the impending change in legislation in September this year. An all new 2.0 litre ‘Ecoblue’ engine was announced, promising 20% improvement in torque compared to the outgoing 2.2 litre engines and a 13% improvement in fuel economy. Available in power outputs of 104, 128 and 167 PS versions for commercial vehicles Ford state that the unit will ultimately find its way into passenger car applications. On display for the first time was the facelifted Ranger. Externally the main changes are confined to the frontal aspect with the very distinctive Ford ‘family’ grill creating a striking and aggressive note.

Returning to the CV show for the first time since 2008 Volkswagen stamped some authority with a very distinctive and innovative stand. From a product perspective although already becoming a common sight on our roads the Transporter T6 and latest version of the Caddy van proved a big attraction and both vans are likely to remain at the top of the shopping lists of both retail and fleet buyers.

Isuzu unveiled a flagship version of the extremely popular D-Max pick up. Designated the ‘D-Max Arctic Trucks AT35’ Isuzu said ‘Arctic Trucks is a vehicle engineering specialist, developing and building 4×4 vehicles able to conquer the most challenging conditions for over 25 years. The Isuzu D-Max Arctic Trucks AT35 will be the first Arctic Trucks pick-up in the UK that can be ordered directly from a vehicle manufacturer’s dealer network. Special all-terrain Nokian Rotiiva AT tyres endow the AT35 with improved all-round grip in the most challenging, slippery conditions. These huge 35-inch tyres are specifically engineered for off-road surfaces, with the rubber fitted to 17”x10” wheels, considerably larger than the standard D-Max. The vehicle accommodates larger diameter tyres and boasts wider extended flares, giving the AT35 a securely planted and powerful look’. On the stand the AT35 was certainly a dominant figure and, although sales figures may prove modest it certainly is effective as a tool to enhance the image and awareness of the brand and model.

Iveco chose the CV show to premiere the Euro 6 engined versions of the Daily range. Although there are some minor changes to cab trim the big sell that the Italian manufacturer is making are fuel savings of up to 8% and a reduction in R&M costs of 12% compared to the Euro 5 derivatives, together with a reduction in in-cab noise levels. Utilising (for the time being) an EGR only solution to the imminent Euro 6 requirement a broad range of engine options is offered with outputs ranging from 120 to 210HP. Vehicles with the new Hi-Matic transmission (also utilised by Maserati) were on display. Having driven one of the first examples last year the transmission works flawlessly in this application making the van a pleasure to drive – the only ‘auto’ transmission van that comes close is the excellent DSG box fitted to the Volkswagen Transporter.

After a 7 year absence from the UK LDV (or rather the Chinese company SAIC who purchased the assets for the Maxus van from the now defunct Birmingham based company) chose the NEC for the UK launch of the V80 (based on the Maxus) and a smaller panel van imaginatively named the G10. In addition, the announcement of an electric version of the V80, (the EV80) has turned heads with its claimed range of around 220 miles. Irish importers Harris Group are claiming that a dealer network is in the process of being appointed to support the sales / after sales functions. 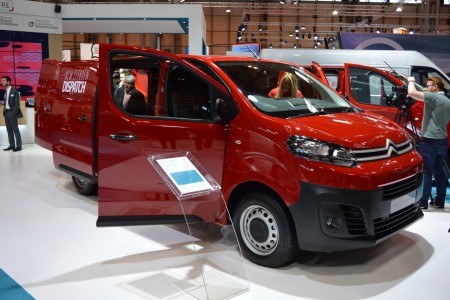 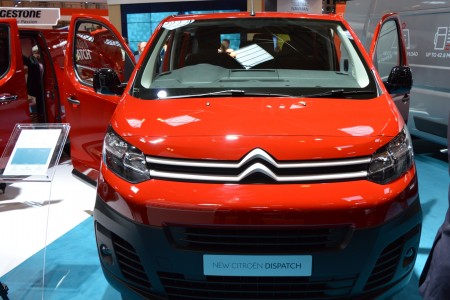 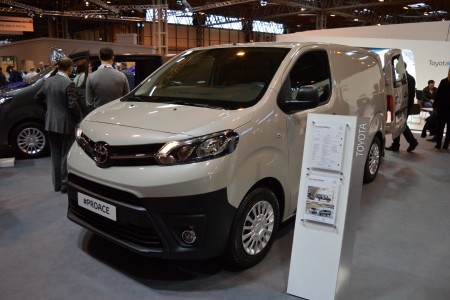 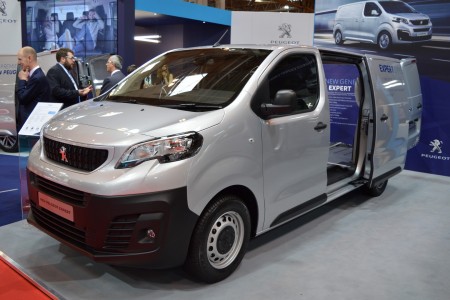 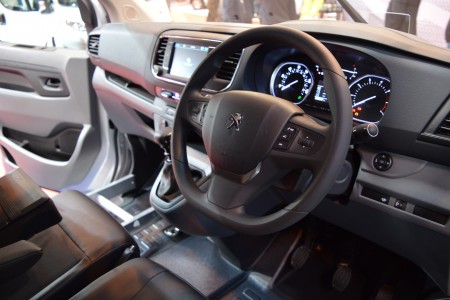 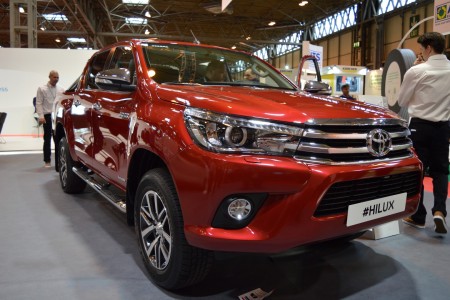 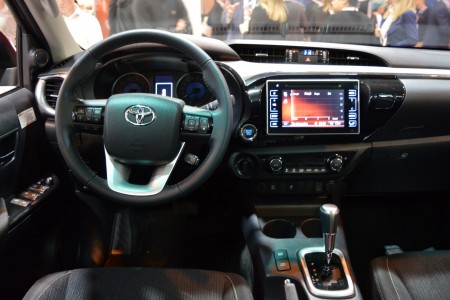 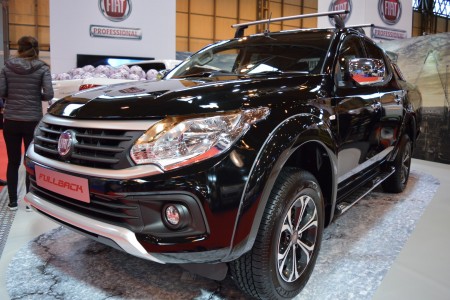 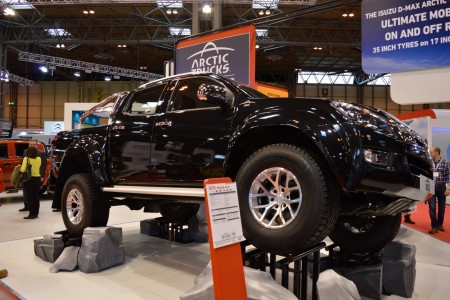 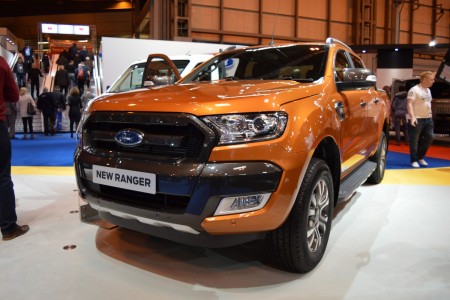 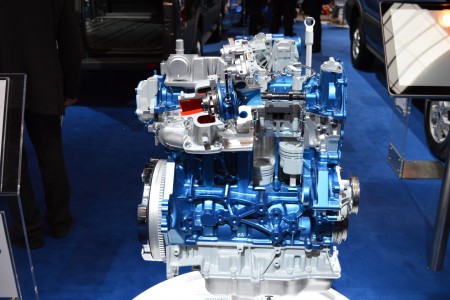 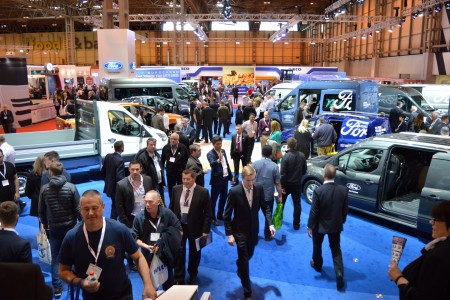 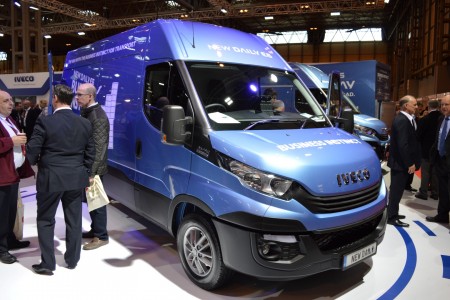 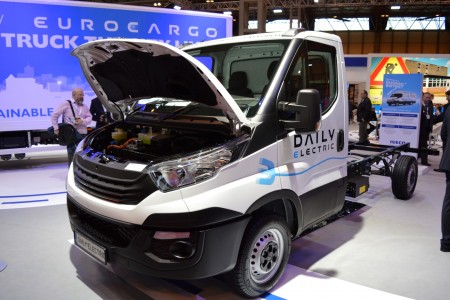 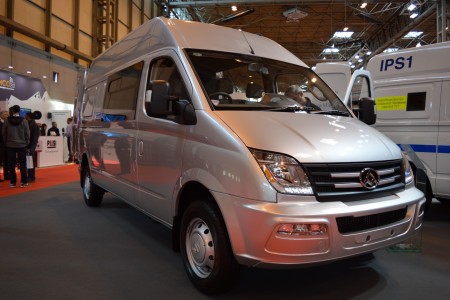 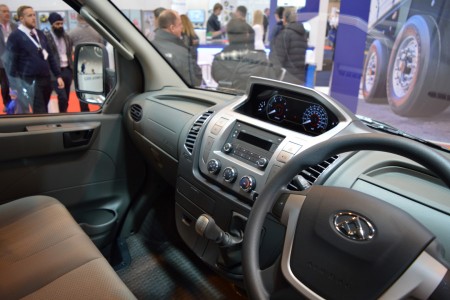 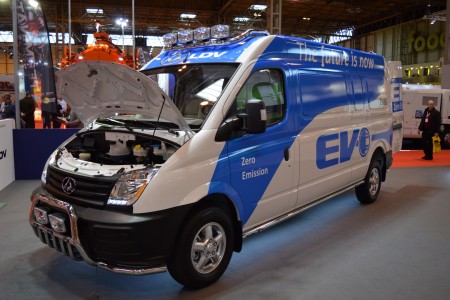 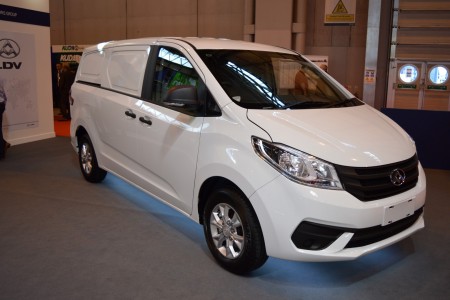 Speaking to a plethora of industry contacts at manufacturer and dealer level one common theme emerged. Whilst the health of the market for new vans is unparalleled (when quantified by registration statistics) competition between manufacturers is intense. Dealer margins are being eroded and manufacturers are having to support even retail deals with unprecedented financial intervention. Given this, and with such a wide choice of new, state of the art vans and pickups the old clichéd ‘there’s never been a better time to buy’ catchphrase may well finally be true…

All text and photographs ©Tim Cattlin Ltd 2016. Reproduction or publication of any part or in full is strictly prohibited without express written permission.