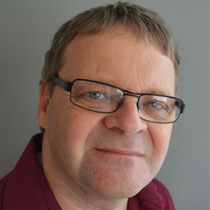 "Like many people I basically fell into this industry."

In 1985 I was working with my father in an engineering business in Bradford. Diversification followed with the acquisition of a Bedford van and truck franchise and with the immortal words of ‘do you fancy selling vans?’ my career started. Armed with a used Astra van, an ‘AtoZ’ of Bradford and a copy of the Yellow Pages I hit the road and was told not to return until I had sold something…

Subsequently I spent 20 years working for two LDV dealerships, initially as a retail salesman but eventually specialising in fleet. Ultimately I became franchise and sales manager with full responsibility for the operation of the new and used van sales business.

After a period as Commercial Sales Manager for a main Ford dealership I was appointed by CAP in 2010 as the editor of their ‘Monitor’ residual value forecasting product for LCV’s and HGV’s. Used by banks, leasing companies and anyone who needed to assess future risk it is the leading guide of its type. The role involved physical inspection and evaluation (often at prototype stage) of new models followed by analysis of historical brand performance (including new sales and the residual values ultimately achieved) of both the predecessors and competitor offerings. This, together with economic modelling and any other relevant factors and masks being applied resulted in residual value forecasts being published with the highest amount of credibility and research.

In addition I regularly attended manufacturer meetings at board level, launch events throughout Europe and presented at industry forums.

Away from work I’m married to Shelagh, have four fabulous grown up kids, two amazing little grandchildren and I enjoy photography and walking in the Yorkshire dales.